Omaha Steaks to Be Honored for Exceptional Commitment to the Arts

Presented annually, the Arts and Business Partnership Awards—formerly called the BCA 10: Best Businesses Partnering with the Arts in America awards—honor 10 U.S. companies, a business leader, and an arts and business partnership for their exceptional commitment to the arts through grants, local partnerships, volunteer programs, matching gifts, sponsorships, and board membership. The awards will be presented by Americans for the Arts on October 3, 2019, at a black-tie gala at the Central Park Boathouse in New York City.

Omaha Steaks and the Simon Family’s commitment to the visual and performing arts began in the 1940s with local Omaha cultural institutions, and through the years, has grown to include over 170 cultural arts, civic and health-related organizations - locally, nationally and internationally. “My family understood that a vibrant arts culture was crucial to make a place like Omaha into a world-class city that attracts world-class talent,” said Senior Vice President and family owner Todd Simon.

“Our goal has been to help grow arts organizations and to pass down a passion for the arts to the next generation. We have been honored to join so many other great local leaders in helping build Omaha’s cultural community,” Simon added.

In addition, Michael Martella, president of Boar’s Head in Sarasota, Florida, will be honored with the Business Committee for the Arts Leadership Award, which recognizes individuals for their extraordinary vision, leadership, and commitment to supporting the arts and for encouraging other businesses to follow their lead. Gensler and Access Gallery of Denver, Colorado, will receive the David Rockefeller pARTnership Award. This award recognizes a company and arts organization (or artist) for an exceptional project, program, or initiative that represents a true alliance, collaboration, or exchange between the two.

Chef/Restaurateur David Machado’s food has been a staple of Portland’s nationally recognized dining scene since the early 1990s. He is often credited with leading the East Side independent dining movement of the early 2000s with his two landmark restaurants, Lauro Kitchen and Vindalho. Upon the opening of his restaurant, Nel Centro in 2009 and as a visionary business and civic leader, Machado convened with local arts organizations to ensure that his company would play a meaningful role by pledging his support. Sensing that many of his hospitality industry peers were reducing philanthropic efforts due to a drop in sales brought on by the recession, Machado understood that his restaurants could best contribute to the community by forging strong partnerships with local arts organizations. These relationships have been expanded are still in place today.

Doyle Coffin Architecture (DCA) is a second-generation architectural firm located in Ridgefield, Connecticut, dedicated to excellence in architectural planning, sustainable design, and their local community. Given that the fields of architecture and the arts are kindred spirits in design, creativity, and thoughtfulness, supporting the arts comes as second nature to Doyle Coffin Architecture. For more than ten years, DCA has been involved in building projects that benefit their local cultural institutions. They contribute pro-bono work, serve as members of a building committee, and provide expertise, with attention to historic aesthetic and context. They are relentlessly committed to helping cultural organizations achieve their mission through thoughtfully designed and maintained spaces.

Erie Insurance understands that the arts are a vital part of a community and an important resource in building inter-community connections. Since 1925, the company has been a community leader in the arts, supporting organizations through grants, sponsorships, donations, service activities, and volunteerism. Even in the midst of industrial and population decline, Erie Insurance doubled down on its investments to make Erie a community of choice. They continue to play a critical role in the continued redevelopment of downtown and encourage their employees to be engaged citizens.

Grounds for Thought is more than a coffee shop, bookstore, and gathering place—it is a business whose work is based in the belief that supporting the arts is essential for promoting creativity and building a better community. Grounds believes that by investing in the arts and simply providing a location for people to exist and create, it can provide a welcome space for all. Grounds has been a community platform for the direct enrichment of local, national, and international artists, providing a prominent space for the artists to sell and market their works. At Grounds for Thought, everyone is truly welcome to be themselves, to be part of the community, and to participate in creating the world they want to see.

Since 1985, Jiffy Lube of Indiana has been committed to the philosophy of "Growing People Through Work" and to the reality that "Every Part Matters.” Their award-winning "Growing People Through Work” initiative is focused on uplifting team members both in their careers and in their personal lives. The “Every Part Matters” mural project began in 2016 when Indiana franchisee, Steve Sanner, was looking for a way to curb graffiti tagging at his store in Broad Ripple, an artistic and cultural hub in Indianapolis. Through the mural program, Jiffy Lube sets an example of how businesses can contribute and support the community in creative ways not typically associated with their specific line of business. The graffiti experience opened Sanner’s eyes to the positive effects of public art, and Jiffy Lube of Indiana has been on an incredible journey ever since.

Nokia Bell Labs is the world-renowned industrial research arm of Nokia. Over its more than 90-year history, Bell Labs has invented many of the foundational technologies that underpin information and communications networks and all digital devices and systems. Nokia Bell Labs acknowledges that engineering and scientific training can limit perspective of the world and thus often requires the human centric perspective of an artist. To address this gap, the Experiments in Arts and Technology (E.A.T.) program began over 50 years ago by artist Robert Rauschenberg and Bell Labs engineer Billy Kluver. The present-day incarnation of the Nokia Bell Labs E.A.T. research lab is designed to explore how technology augments human creativity and provides an extension of Nokia’s research and innovation by fusing art and technology in meaningful ways.

Since 1992, the Northwestern Mutual Foundation has driven the communities it serves forward by investing in the people who stand up, tune in, and engage every day to ensure that everyone has a chance at a brighter future. Over the years, it has supported arts organizations like Milwaukee Symphony Orchestra, Milwaukee Repertory Theater, First Stage Children’s Theater, United Performing Arts Fund (UPAF), and the Milwaukee Art Museum through financial contributions and board leadership. The organization recently celebrated its 25th anniversary with the creation of a first-of-its-kind art exhibit, Giving Gallery: Community in Process, which showcased its collective impact with 25 of its nonprofit partners through original artwork. Northwestern Mutual Foundation is a two-time winner, having previously been awarded an Arts and Business Partnership Award in 2008.

Founded in1917, Omaha Steaks International, Inc. has earned a reputation for its commitment to charitable causes that enhance the lives of others. This fifth-generation company owned by the Simon family has been delivering exceptional experiences that bring people together for more than 100 years. Omaha Steaks’ support of the cultural arts is a long-standing tradition built on the belief that the arts, like food, are about sharing memorable experiences with family and friends.

The Marcus Corporation is an innovative hospitality and entertainment corporation, a creative economy leader, and a long-time supporter of the arts.  The company understands the relationship between businesses and community vitality, and has promoted that collaboration through its support of museums, live performances, and everyday engagement with the arts. The company’s latest contribution to supporting a thriving arts community is the opening of its Saint Kate Arts Hotel in Milwaukee this past summer. The 219-room groundbreaking arts hotel celebrates all art forms, including performance art, features three rotating galleries including a 1,700 square-foot gallery in partnership with Museum of Wisconsin Art (MOWA), a 95-seat theatre for live performances, over 100 contemporary works featuring national and internationally known artists, art-inspired rooms and more. In addition to Saint Kate, the company continues to pioneer many arts programs throughout its hotels across the U.S. and support local arts initiatives and organizations across its many communities in which it does business.

Eyewear retailer Warby Parker is changing the game. Founded in 2010, the company has grown to almost 2k employees and nearly 100 stores. Along the way, a key goal for the brand has been to show that for-profit companies can do good in the world, and that literature, art, music, and design are key ingredients for success. Championing the arts has been an opportunity for the brand to enliven spaces and product launches. Whether it’s calling on local artists to create original artwork for stores, bringing an album of sheet music to life with Beck, or collaborating with nonprofit partners to bring arts education to students, Warby Parker is always looking for ways to express its appreciation for the arts. Warby Parker supports non-profit organizations that focus on arts education across the country.

Access Gallery works with young adult artists with disabilities, building their technical skills, providing a community of peers, and creating economic opportunities for them to leverage their talent. Gensler employees serve as volunteer mentors for Access Gallery and participate in job readiness programs to support the young artists served by Access. Gensler also commissioned Access artists to create the first piece of original art for its Denver office. Through its partnership with Access, Gensler has become a strong advocate for accessibility and a champion for inclusive design as well as an example for corporate peers throughout Denver.

Boar's Head Brand has long been recognized as one of the nation's leading retail providers of premium crafted delicatessen foods, and their corporate staff are among the most respected leaders in communities throughout the United States. Under the direction of company president, Michael Martella, Boar’s Head has become known for its strong commitment towards progressive social change and its altruistic support of the arts community. For over 18 years, Martella has served in leadership roles for various arts organizations, always providing financial assistance for programming and quality foods for special events. Michael Martella's personal vision and commitment to the theater and the arts community is recognized by community members as seen through his award as the Philanthropist of the Year by the Arts and Cultural Alliance of Sarasota County.

“We are grateful to honor these businesses and individuals for their exceptional involvement in ensuring that the arts thrive in their communities," said Robert L. Lynch, president and CEO of Americans for the Arts. “They provide the arts with significant financial and in-kind support, and they incorporate meaningful arts-related programs into their employee, customer, and community relations activities. They enrich the lives of millions of Americans and truly set a standard for other businesses to follow.”

For more information about the Arts and Business Partnership Awards, please contact Danielle Iwata at (202) 371-2830 or via e-mail at diwata@artsusa.org.

Omaha Steaks®, America’s Original Butcher, founded in 1917, is an Omaha, Nebraska-based, fifth-generation, family-owned company that markets and distributes a wide variety of the finest quality USDA-approved, grain-fed beef and other gourmet foods including seafood, pork, poultry, slow cooker and skillet meals, side dishes, appetizers and desserts. Today, Omaha Steaks® is recognized as the nation’s largest direct response marketer of premium beef and gourmet foods, available to customers by calling 1-800-228-9055, online at www.OmahaSteaks.com or at retail stores nationwide.

Americans for the Arts is the leading nonprofit organization for advancing the arts and arts education in America. With offices in Washington, D.C. and New York City, it has a record of more than 55 years of service. Americans for the Arts is dedicated to representing and serving local communities and creating opportunities for every American to participate in and appreciate all forms of the arts. Additional information is available at AmericansForTheArts.org. 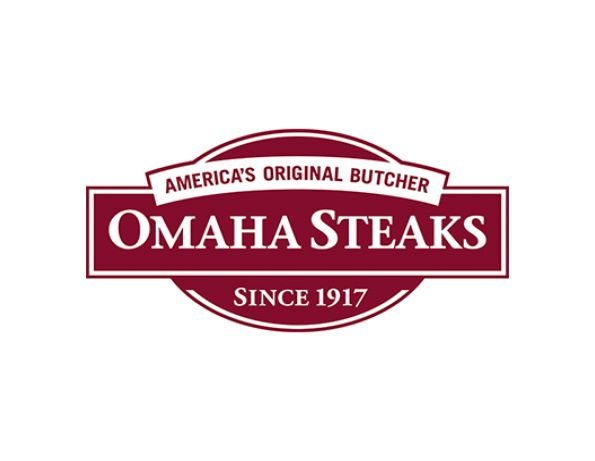